The Kim Stallwood Archive of research material documenting the history of the animal rights movement will become part of the British Library’s permanent holdings starting this autumn 2020. The British Library is the national library of the United Kingdom and provides information services to academic, business, research, and scientific communities.

“I am honoured to partner with the British Library to make these vast materials available publicly for the first time,” says Stallwood. “The history of the animal rights movement parallels the struggle of other social and political movements to give voice and recognition to those who have long suffered without either. I have devoted my life to this mission.” 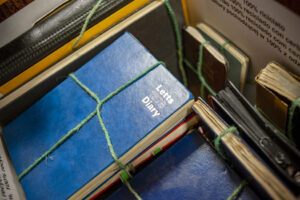 The Kim Stallwood Archive being boxed up and given to the British Library, September 23, 2020

Stallwood began his activism after a job in a chicken slaughterhouse prompted him to become vegetarian in 1974 and a vegan two years later. He went on to become a prominent activist working with such groups as Compassion In World Farming, the Royal Society for the Prevention of Cruelty to Animals and the British Union for the Abolition of Vivisection (now Cruelty Free International). He moved to the United States in 1987 to become the first executive director of People for the Ethical Treatment of Animals. He was the editor in chief of The Animals’ Agenda magazine before co-founding the Animals and Society Institute in 2005.

He returned to England in 2007, where he continues his work as an author and independent scholar. His book, Growl: Life Lessons, Hard Truths, and Bold Strategies from an Animal Advocate, was published by Lantern Publishing & Media in 2014. Brian May, musician and astrophysicist, wrote the foreword. Stallwood is a member of the board of directors of the Culture & Animals Foundation, the U.S.-based not-for-profit organization founded by philosopher Tom Regan and his wife, Nancy, in 1985 to support artists and scholars in advancing our understanding of and commitment to animals.