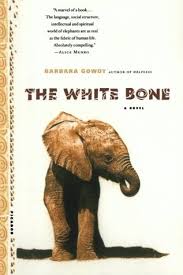 It seems to me that there are two approaches to take when writing fiction in which nonhuman animals are the characters and the world imagined is theirs. First, to write about animals and their world in such a way that there is some familiarity or resemblance to ourselves and the world as experienced by ourselves. Examples in this category may include Black Beauty by Anna Sewell and Watership Down by Richard Adams. Second, to write fiction that imagines the world that’s inhabited by the animals who are the principal characters and describe them and their world through their own unique set of imaginations and experiences. Now, this is an admittedly simplistic approach to categorise a longstanding genre of fiction. There will be differences of opinion about which category particular novels should be placed. There are, of course, gradations between the two. Most likely, with more time and space available to me than at present, I could further refine this dualistic interpretation into a more complex one.

Nonetheless, it’s important for me to begin this review of The White Bone by Barbara Gowdy that’s a story of African elephants published in 1998. It comes with a map of the imagined African plains where the novel takes place, family trees for five family elephant groups, and a glossary. In the Acknowledgements, Gowdy recognises such authorities on elephants as Cynthia Moss, Joyce Poole, and Iain and Oria Douglas-Hamilton whose work informed her understanding of elephants. This is a well-researched novel and the work of a writer whose imagination and craft is widely recognised as being outstanding.

I read The White Bone as part of my research for the biography that I’m writing about Topsy, the elephant electrocuted to death on Coney Island, New York in 1903. Indeed, several friends and colleagues held this book to be the fictionalised account of elephants to read more than any other.

Why, then, did The White Bone fail to work for me as a good read?

I think it has to be with how Gowdy imagined and expressed the lives, thoughts, and experiences of elephants. It may well be that my imagination struggles with animal-based fiction when they’re written along the lines of my second category as I briefly describe at the beginning of this review. For example, Gowdy uses a system to name the elephants—imagined as their creation—in which they’re called, for example, She-Scares, She-Demands, and She-Drawls-And-Drawls. In a footnote on page 41, she explains:

When a family grows overly large, one of the older cows may break away—taking her calves, grandcalves and younger sisters with her—to start a new branch of the family. In order to name itself, this branch will double the family sound. A breakaway family splitting off from a family that is already double-sounded will call itself (for example) the Second She-D’s-and-D’s. Individual cow names are occasionally doubled within a family unit if it is deemed appropriate for a young cow to be named after an older still-living relative.

This is admirable for the author who exercises her imagination to create an elephant world but tedious for the reader who (well, I did) longs for a more digestible set of names. I also found the idea behind the so-called white bone as a nod to the direction of a faith belief system for elephants to be, well, gratuitous. Some aspects, however, did ring true for me even if they may appear to be, at first blush, implausible. Science has proved, for example, that elephants communicate at great lengths and at frequencies beyond our ability to experience. Consequently, it seems to me to be entirely plausible that elephants can communicate telepathically, which they do in this novel.

Despite these and other misgivings, I persevered with the novel and at times found myself very emotionally engaged and distressed by it. There are sections in which Gowdy movingly describes the violence humans (“hindleggers”) do to elephants and the trauma the elephants consequently live with. These are the novel’s most vivid moments and alone make it well worth the read.

I have just finished rereading The White Bone by Barbara Gowdy and written a second review without familiarising myself with first review published above. (published 16 August, 2021)

Books come with reputations created by reviews, personal recommendations, or frequent references to them in related readings. Reputations may disadvantage a book, however, as they may emerge as reading disappointments. Nonetheless, the book can still be appreciated as an important work, well-written, if not enjoyable or satisfying. Researching and writing the biography of Topsy requires me to undertake extensive background reading. Barbara Gowdy’s novel about African elephants called The White Bone is of particular interest to me. I’m intrigued with the challenge of how I am going to represent Topsy, including her voice, in my narrative. I have read many novels over the years that feature animals as primary characters, including Richard Adams’ Watership Down to one of my favorites, R K Narayan’s A Tiger for Malgudi. Authors take very different approaches to representing animals in the stories they tell. The specter of anthropomorphism is never very far away. Centrally present with Adams’s rabbits but more subdued with Narayan’s wild tiger who is caught and forced to perform in a circus. Gowdy’s approach to the elephants, the characters in this novel, is interesting but ultimately unconvincing. She provides a map of the terrain the elephants range over. There are family trees for different branches of elephant generations. There’s even a glossary of terms for converting elephant-speak to human understanding. While this is commendable work. Gowdy is to be congratulated on imagining elephants as individuals living in their world. While I wouldn’t want to dissuade anyone from reading this book, I cannot give it a ringing endorsement. Gowdy’s elephants and their world simply didn’t work for me. I was generally unconvinced by how the elephants and their behavior and culture were described. The narrative didn’t engage me mostly because its flow was erratic and confusing and seemed incomplete. I take no comfort in criticizing this book as it’s an important work of imagination. Perhaps I should return to it for a second read in about a year.