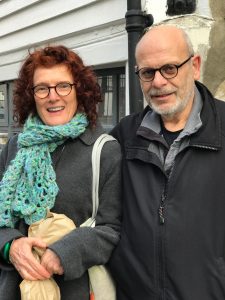 In 1976, I began my full-time work for animal rights with some of the world’s foremost organizations. In 45 years of living, breathing, and eating as a vegan animal rights advocate, I have learned a lot and made many mistakes, which I consider in my book, Growl: Life Lessons, Hard Truths, and Bold Strategies from an Animal Advocate (Lantern; 2014). I conclude there are four key values in animal rights: truth, compassion, nonviolence, and justice. Since 2007, I have worked as an independent author, scholar, and consultant.

My proudest achievement in 2020 was to establish the Kim Stallwood Archive at The British Library. Finding a home for the remaining materials in the Kim Stallwood Collection and writing a biography of Topsy the elephant are my two priorities for 2021 and beyond. I continue to volunteer my time for the Culture and Animals Foundation as a director of the organization.

I recognize 2020 has been a challenging year for many people. I sincerely hope 2021 will be a happy, vegan year for all. Now is the time to try Veganuary if you have yet to take the pledge to live compassionately.

I want to conclude by sharing with you the ending of Orlando, the film dramatization of Virginia Woolf’s novel by Sally Potter. It’s an inspiring film whose final minutes sum up how I feel about the New Year. I will leave with you to figure out why.