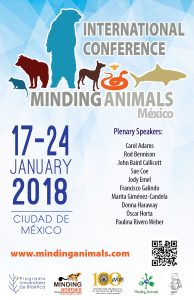 I recall from the 1990s Ken Shapiro, who co-founded with me the Animals and Society Institute in 2005, describing Human-Animal Studies (or Animal Studies as it is also known) as the study of our relationship with animals and their relationship with us. Critical Animal Studies later emerged to situate the human-animal relationship in a broader, progressive, political context of liberation and abolition. I see the academic endeavour of animal studies as complementary to the advocacy of the animal rights movement. Advocacy needs academia (and vice versa) to form a more effective social movement for nonhuman animals.

Minding Animals International is a key player in this global initiative for animal studies. MAI began with a highly acclaimed international conference in Australia (MAC1) in 2009. This was followed by a series of triennial conferences in The Netherlands (MAC2) in 2012, India (MAC3) in 2015, and Mexico (MAC4) in January 2018. The locations and partnerships with like-minded organisations and universities in each country ensured each conference’s uniqueness and effectiveness. MAI conferences established themselves as not-to-be-missed opportunities for scholars and advocates to meet and collaborate. 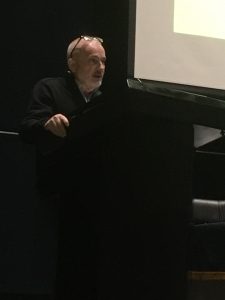 For the last 10 years, I was MAI’s volunteer Executive Director (I resigned last summer) working alongside Rod Bennison who, as MAI’s founding president and MAC1 co-organiser with Jill Bough, is the visionary organiser and powerhouse. MAI is a miracle of ingenuity fuelled entirely by volunteers working with a minuscule budget. MAI’s accomplishments would not have been possible if it wasn’t for the outstanding animal studies scholars who donate their time and expertise as MAI’s board members and in other supporting roles, and the many organisational and university partners who MAI collaborates with. For example, MAC4 would not have been possible without anthropologist Ana Cristina Ramírez from the Universidad Michoacana de San Nicolás de Hidalgo whose skill, passion, and tenacity made MAC4 possible. Sponsorship from like-minded organisations and others also plays a major role in helping to make MAI’s conferences a success. 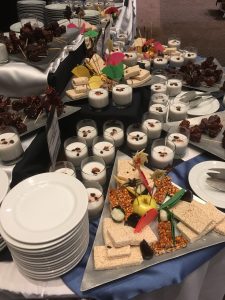 With scores of plenary presentations, concurrent panels, talks, films, workshops, and presentations, MAC4 attendees will have their own personal favourites. Also, away from the formal program, the informal time of breaks, lunches, and dinners provided opportunities for attendees to make new contacts and renew old friendships. Even though there were fewer attendees (about 300) at MAC4 than at previous conferences that ranged from 500 at MAC1 and 700 at MAC2, there was clearly an energy and excitement felt by everyone present. This was self-evident from the spirited debates undertaken on the buses that ferried delegates between the hotel and the Universidad Nacional Autonoma de Mexico where the conference took place.

Ranging over seven days with one day off, MAC4 was a busy conference for everyone and particularly so for me as I officiated or presented at many sessions. For example, I chaired a Memorial Panel in honour of Tom Regan who died on February 17, 2017. The panel of eminent philosophers and scholars reflected upon Tom’s life and philosophy.

I gave talks about Topsy, the elephant who was electrocuted in 1903, and how to make animal rights a mainstream political issue. Both Topsy and animal politics are the subjects of books I’m currently writing. I also gave my paper Animal Lovers and Animal Rights, a work in progress that complemented the presentation made by Philip McKibbin called Loving Justice and Non-Human Animals. (Subsequent to MAC4 I accepted an invitation from Philip and his colleague, Max Harris, to speak at their conference, “The Politics of Love”, at All Souls College Oxford on Saturday 15 December 2018. Details to follow.)

I chaired sessions that featured Carol McKenna (Compassion In World Farming); award-winning photographer Jo-Anne McArthur, who shortly after MAC became Wildlife Photographer of the Year People’s Choice Winner 2018; Steve Wise (Nonhuman Rights Project); and young animal studies scholars who we had previously met at MAC3. They brought us up to date with their careers and aspirations. I also moderated panels on the farming of animals, legal rights for animals, meat and veganism, and action for animals. I was also interviewed by political scientist Siobhan O’Sullivan for her podcast Knowing Animals. (Again, details to follow)

To learn more about MAC4, please click here for a PDF copy of the programme. 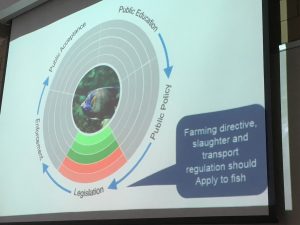 Among my many highlights from MAC4 were the presentations made by Reineke Hameleers, Director, Eurogroup for Animals, who spoke on “Rethinking the European Union and Animal Welfare.” Reineke used in her talks my five stage analysis of social movements that I discuss in my book Growl. She used the five stages (1. Public education; 2. Public policy; 3. Legislation; 4. Enforcement; 5. Public acceptance) as a tool to assess the progress made and challenges ahead that Eurogroup faced. It was exciting to see my understanding of social movements used in this way to help Eurogroup evaluate its work for animals in the European Union. Reineke’s talk confirmed my belief that animal studies and animal advocacy are essential partners with MAI playing a unique and special role along with other animal studies initiatives.