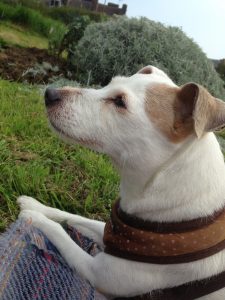 There was no doubt in my mind that Shelly had a consciousness of her own.

I’m not embarrassed to admit that much that was said at the Animal Consciousness conference was beyond me.

I’m just an angry and frustrated animal rights vegan who is trying to do something to stop the world from going to hell in a hand basket. I’m not a philosopher, psychologist, anthropologist, neuroscientist, zoologist or biologist. But they all spoke at the conference and had something important to say—even if I didn’t always understand it.

The conference itself, organised by New York University’s Centre for Mind, Brain and Consciousness, Centre for Bioethics, and Centre for Animal Studies, was clearly a landmark event. It attracted a program of international authorities and some 300 plus attendees. But I didn’t leave the conference any the wiser for knowing more about animal consciousness. And I want to understand why.

Paper after paper was given presenting various philosophical and scientific aspects to animal consciousness. It’s not my task here to summarise and review each one. I don’t think I could. It would be good to see an anthology published arising from the conference. But there are already a number of noteworthy books published on animal consciousness. Indeed, several authors presented at the conference. And, no doubt, more will be written.

Amid the philosophy and science, several speakers resorted to a common sense perspective to make their point:

It would be surprising, of course, to hear anyone speak out against human consciousness. This didn’t happen at the conference. At least, I don’t think it did. One presenter spoke about a study that showed someone who was severely brain damaged who was previously thought not to have any consciousness but new research suggested they did. Well, I think that’s what they said.

If this conference was some 20 to 40 years ago, I believe there would have been speakers declaring animals didn’t have consciousness. So, in this context, I think there is progress to report. Regrettably, the conference didn’t explore the consequences of recognising animal consciousness but, to be fair, it wasn’t in their remit. But I still think they should have.

So, where was the line drawn? 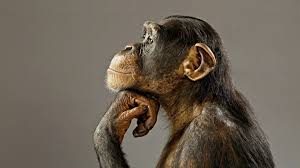 It’s challenging enough to know our own consciousness, how can we ever know it in anyone else?

Interestingly, the line was drawn at insects, birds, and octopuses. The latter received a lot of attention. And was generally thought to have a consciousness of their own. Insects and birds received less attention but speakers suggested that they also may have a form of consciousness. So, again, I think this is progress. Consciousness in insects and birds discussed seriously. Who would have thought it? This is an encouraging development.

Throughout the conference the speakers referred to the brain and measuring electrical sparks and synapses and things and that this was evidence of consciousness. Now, in my brain, there’s a complete meltdown in my synapses when it comes to understanding science. Nothing sparks there. I guess this is where I’m unconscious. No doubt I have other places of unconsciousness. We don’t need to go into them here.

Relatedly, a key challenge the conference failed to resolve was agreement on what was being said. When one speaker said “consciousness” another took it to mean something else. And so on. There was phenomenal consciousness. Perception. Mental states. Unconscious consciousness. And much more. I guess this is all to do with the theory of mind. Something that I would love to learn more about one day. I will have to exercise my “scientific synapses” to do so. Nonetheless, it was great to attend the conference. I felt enriched if not informed.

The conference reminded me of what Agatha Christie had Poirot say:

It is the brain, the little grey cells on which one must rely. One must seek the truth within–not without.

Ah, the little grey cells. That explains it all!

Truth within and without. This was one of the proverbial elephants in the room. Every now and then a speaker made a disparaging remark about a non-scientific, non-physical understanding. But watching all these philosophers and scientists struggle with defining animal consciousness, I couldn’t help but think they only saw one part of bigger whole. Too much within and not enough without.

Now, don’t worry, I’m not going all touchy feely. But anyone who lives with cats or dogs, or any other animal for that matter, knows they have consciousness. When I say know I mean to say that from common sense it’s possible to see from their behaviour that they’re not inanimate machines but sentient beings whose behaviour indicates they think and feel, and make preferences and avoid pain, suffering or distress. I may not be able to prove they have consciousness. I may not be able to measure it. But I see it from my observations, interactions, and the relationship we have.

I came away thinking that, as important and insightful as they are, philosophy and science are inadequate, unqualified or otherwise incapable of fully engaging the subject of animal consciousness. We need something else which the philosophers and scientists were not prepared to consider at the conference.

This is why I think I left the conference none the wiser for knowing more about animal consciousness.